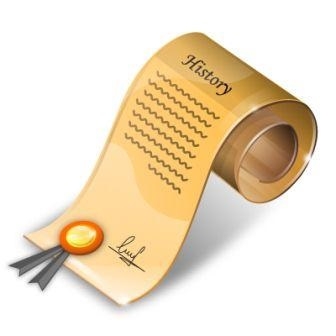 Faculty of Finance and Banking has a long history that dates back to 1913, when it was founded the Bucharest Academy of Commercial and Industrial Studies (AISCI) by the Royal Decree no. 2978/April 6, 1913. Although a clear definition of the faculty was made just in 1948, however, the banking disciplines ensured basic and specialized training of students in the academic year 1913-1914 of AISCI. These disciplines (eg Currency, Credit, Exchange and Banks Study, The banks techniques, Financial Scientific and Legislation, The Insurance Theory and Techniques, Financial Applied Mathematics, etc.) contributed to the training of future specialists in the Romanian finance and banking environment that followed an extensive development both institutional and functional.

The economic progress and the development of the national financial sector and banking system in the early twentieth century called for the Romanian economic education whose mission, to train valuable and competitive specialists for the national and international labor market, has been made continuously through professionalism, striving dedication and teaching commitment.

The financial, banking, and insurance domains accounted as the priorities of the educational process promoted in the AISCI.

In 1919 it started to function in the AISCI the specialization ensured by the Section I – Trade, Bank, and Insurance – along with other two sections (Section II -Industrial, Section III – Economic administration).

Licensing the students in the field of finance gained a legitimate status by establishing the first section in the AISCI. This may be considered as foundation preamble period from 1948 to Faculty of Finance-Credit that provides academic preparation of students in two sections: Finance, Credit.

In 1949, at the faculty was introduced in addition the accounting section. Thus, the three sections of the faculty imposed the name of the faculty – Faculty of Finance, Credit and Accounting – starting with the academic year 1958-1959.

The faculty had known a new form of organization in the academic year 1967-1968 when it had a unit profile without sections.

The unification of the Faculty of Finance with the Accounting, in 1974, was based on the necessity to ensure a uniform training of the economists for the financial and accounting domains within four years for full-time and five years part time and evening classes.

After 1974-1975, the Faculty of Finance and Accounting was not directly affected by the new directives from the state targeting the improvement of the higher economic education by reducing the number of faculties and departments of the University of Economic Studies (ASE). Therefore, the faculty managed to retain the structure in 1974 until after 1989.

The existence of the two major specializations of the faculty generated, since the early 90s, a number of difficulties due to the large number of students, and the increasingly demand manifested by the large number of entries in this faculty. Thus, in 1993 were constituted under the Ministry of Education and Research Order no. 4685/1993 two independent faculties (Faculty of Finance and Banking, Faculty of Accounting and Management Information Systems). Simultaneously, the Faculty Council Decision of 16 November 1993 approved the name Faculty of Finance and Banking, which was later confirmed by the Senate of the University of Economic Studies.

Regardless of the organization and specialization achieved in the faculty, its graduates obtained a theoretical and practical training in accordance with the dynamic requirements of the financial, banking, insurance and stock domains, both national and international, being able to say that the faculty is one of the main trainers of the Romanian economists specialized in finance.

We're not around right now. But you can send us an email and we'll get back to you, asap.